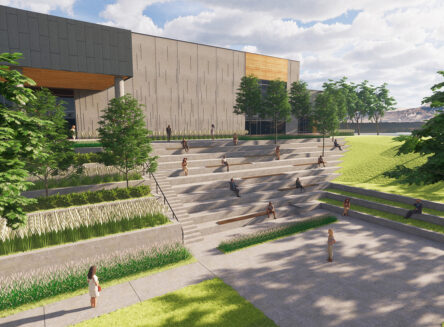 The Wachholz College Center at Flathead Valley Community College presents the inaugural season of the WCC Speaker Series, a unique series designed to enlighten, inspire, educate and entertain. The 2022-2023 season features five presentations by world-renowned masters of their crafts. All presentations begin at 7:30 p.m.

David Sedaris, Nov. 15 — One of America’s preeminent humor writers, Sedaris is a master of satire. Beloved for his personal essays and short stories, Sedaris is the author of numerous bestselling books. His pieces regularly appear in The New Yorker and have twice been included in “The Best American Essays.” His latest book, “Happy-Go-Lucky” was released May 31.

Anne Lamott, Jan. 31 — Armed with self-effacing humor, Lamott is laugh-out-loud funny – She writes about what most of us don’t like to think about. Lamott wrote her first novel for her father, the writer Kenneth Lamott, when he was diagnosed with brain cancer, saying the book was “a present to someone I loved who was going to die.” In all her novels, Lamott writes about loss – of loved ones and of personal control. She tells her stories with honesty, compassion and a pureness of voice. She is the author of seven novels and several bestselling books of nonfiction. Her most recent book is “Dusk, Night, Dawn: On Revival and Courage.”

Cey Adams, March 7 — A pioneer in the world of hip-hop graphic design and creative director of Def Jam Recordings, Adams has created album artwork, logos, as well as advertising campaigns for such celebrities as Jay-Z, Run DMC, Beastie Boys, Notorious B.I.G., Maroon 5, and many others. He launched his career as a graffiti artist in the streets of New York in the late ‘70s and early ‘80s. Around that time, he began a longtime professional relationship with Russell Simmons, co founder of Def Jam Records. He has designed logos and products for “The Chapelle Show,” NYC’s Hot 97 radio station, Nike, Coca-Cola and more. Cey recently co-authored a book that features recreated iconic hip-hop photos by graffiti artists called, The Mash Up.

Annie Griffiths, April 14 — Having photographed in more than one hundred countries during her career, Griffiths has worked on dozens of magazine and book projects for National Geographic. In addition to her editorial work, she is deeply committed to using photography to support aid organizations. She is the founder and executive director of Ripple Effect Images, a collective of prize-winning photojournalists and filmmakers who are documenting programs that empower women and children in the developing world. Griffiths has a gift for sharing stories and photographs that humanize situations and cultures. She has presented at the United Nations, been a popular guest on “The Today Show,” “Good Morning America” and National Public Radio and garnered awards from national press organizations.

Garry Trudeau, April 25 — Born in New York City in 1948 and raised in Saranac Lake, New York, Trudeau received his bachelor’s and master’s degrees in graphic design from Yale University. His comic strip “Doonesbury” was launched in 1970, and currently appears in nearly 1,200 daily and Sunday newspaper clients in the U.S. and abroad. His work has been collected in 62 hardcover, trade paperback and mass-market editions, which have cumulatively sold over 7 million copies worldwide. In 1975, Trudeau became the first comic strip artist ever to be awarded a Pulitzer Prize for editorial cartooning. He has written for and collaborated on numerous critically acclaimed TV shows over the past 40 years, contributed articles to publications such as Harper's, Rolling Stone, The New Yorker and The Washington Post, and has been inducted as a Fellow of the American Academy of Arts and Sciences. In recognition of his work on wounded warriors, Trudeau has been presented with numerous prestigious awards.