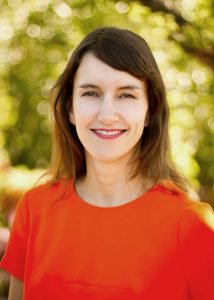 Flathead Valley Community College’s 2019 Honors Symposium opens February 21 and will feature a series of five Thursday evening lectures that will address this year’s theme of “Europe at a Crossroads: Social and Political Threats to European Unity and Why They Matter.”

The Honors Symposium continues a tradition of bringing thoughtful public discussion regarding current hot-topic issues to Northwest Montana. Free and open to the public, all lectures begin at 7 p.m. in the large community room in FVCC’s Arts and Technology Building.

“This year’s Honors Symposium will analyze massive ideological and political shifts under way in Europe and assess their impact on democracies across the globe, and specifically in the United States,” said event organizer Dr. Gerda Reeb. “Democracies worldwide need to stay informed about the imminent changes in Europe, as they may foreshadow consequences that will affect liberal democracies everywhere.”

In her talk, Dr. Maggi will argue that Angela Merkel’s step-by-step departure is the only way to ensure the survival of her political legacy in Europe and Germany beyond the next election and may also end populism in Germany. According to Dr. Maggi, Merkel’s decision to step down as chairwoman of the Christian Democratic Union while continuing to serve as chancellor until the end of her term in 2021, gives way for a renewed debate on immigration in Germany and Europe’s post-Brexit future. [clear_floats]

Subsequent lectures in this year’s Honors Symposium include:

February 28: “Between Two Worlds: Turkey’s Geopolitical Role in Europe and the Middle East” presented by Dr. Monika Fischer, professor of German & Russian studies and the program director and associate of the Center for the Digital Globe at the University of Missouri.

March 7: “Post-Soviet Politics and the Rise of Nationalism in Poland, Hungary, the Czech Republic and Slovakia” presented by Dr. Marty Manor Mullins, research associate with the John Jay Institute, officer at large for the Slovak Studies Association and history and political science professor at FVCC.

March 14: “The Brexit Battle: What It Means for Europe and America” presented by Dr. Craig Parsons, professor and department head of political science at the University of Oregon.

The 2019 Honors Symposium is funded in part by Humanities Montana, the Kalispell branch of the American Association of University Women, FVCC Alumni and Friends, and the Theodore Chase Endowment Fund.