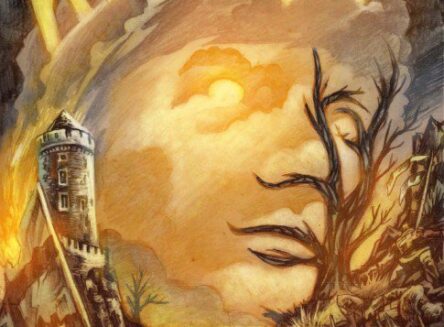 Montana Shakespeare in the Parks Brings Henry V to FVCC

BOZEMAN — Montana Shakespeare in the Parks (MSIP) will bring its production of “Henry V” to Flathead Valley Community College August 20.

One of the summer’s most anticipated attractions, Montana Shakespeare in the Parks brings professional productions at no cost to the public to communities throughout Montana, northern Wyoming, eastern Idaho, western North Dakota and eastern Washington.  Remarkably self-sufficient, the company features 10 professional actors selected by national audition who tour without technical assistance to bring live theatre to communities primarily in rural areas.

This summer marks Montana Shakespeare in the Parks’ 41st season involving a 10-week tour of 75 performances in 60 communities.  The performance at FVCC will take place at 6 p.m. behind Blake Hall on the college’s Kalispell campus.  Admission is free, and tickets are not required for entry into the show.

Tickets are not needed for admission. Audiences are encouraged to show up prior to curtain time with chairs, blankets and a picnic supper.

Henry V will be directed by Artistic Director Joel Jahnke who has been with the company since 1977.  During his tenure, he has directed over 40 productions for MSIP including 19 of Shakespeare’s plays.  He also has directed for the Montana Repertory Theatre, Greasy Joan and Company in Chicago and the Magic Circle Mime Company in Seattle. This will be his second time directing Henry V for MSIP.  Montana Shakespeare in the Parks is an outreach program of Montana State University’s College of Arts and Architecture. MSIP’s entire summer season is sponsored this year by The Gianforte Family Foundation.  Other major sponsors include Subaru, The National Endowment for the Arts, NorthWestern Energy, Barrick Gold Foundation, Montana Cultural Trust and the Montana Arts Council.

For more information on the play and a complete tour schedule, visit www.shakespeareintheparks.org or contact Kathy Jahnke at 406-994-1220 or at kjahnke@montana.edu.