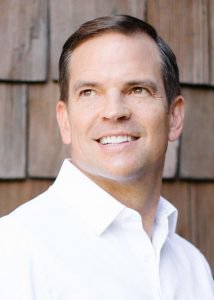 Michael Goguen to Discuss Promise and Perils of Gene Editing

As part of FVCC’s 2018 Honors Symposium, technologist and venture capitalist Michael Goguen will speak about “Re-Programming Evolution: The Promise and Perils of Gene Editing” on February 20 at the college. Free and open to the public, all Honors Symposium lectures begin at 7 p.m. in the large community room in FVCC’s Arts and Technology building.

During his 20-year career as a venture capitalist in Silicon Valley with Sequoia Capital, Goguen and his partners sifted through thousands of technology pitches to spot the early ideas and technology inflection points that could cause the most dramatic and enduring impacts on society. The ideas they chose to support included Google, YouTube, LinkedIn, AirBnB, Uber and many others.

According to Goguen, recent technology breakthroughs have brought us to what is perhaps the most promising yet perilous inflection point in human history. As part of his Honors Symposium lecture, he will explain how advances in computing, DNA sequencing, and the newly discovered precise gene editing technology called CRISPR-CAS9 have combined to suddenly give humans the power to permanently alter the “programming” of life itself.  Goguen will make the case that these advances in technology have the potential to eliminate some of our most pressing problems, but if misused, they could create unprecedented perils for humankind.

Now a full-time resident of Whitefish, Goguen is well known for his philanthropic activities in Montana. He founded Two Bear Air Rescue in 2012, a search and rescue operation he funds at zero cost to taxpayers and users.

The Honors Symposium continues a tradition of bringing thoughtful public discussion regarding current hot-topic issues to the Flathead Valley and is funded in part by Humanities Montana, the Kalispell branch of the American Association of University Women, FVCC Alumni and Friends, and the Theodore Chase Endowment Fund.

Subsequent lectures in this year’s Honors Symposium include:

March 13: “Cyborg Senses: On the Cusp of a New Era in the Philosophy of Perception” presented by Dr. Brian Keeley, philosophy professor at Pitzer College in Claremont, California.