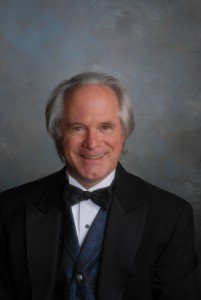 In commemoration of the sesquicentennial anniversary of the Civil War, Naylor highlights the lives of regular people who did extraordinary things during the Civil War era.  He will share the stories of Elizabeth Van Lew, a southern belle and Union spy; Colonel Ely S. Parker, a Seneca chief and one of Ulysses S. Grant’s top aides; and John Washington, a slave who escaped, served in the U.S. Army and became one of the emergent middle class African-Americans after the war.  In addition, the audience will enjoy a musical composition highlighting the life and times of each person.

Naylor is an active composer whose compositions have been played worldwide by ensembles ranging from elementary school band to the orchestral soundtrack for the IMAX film “To the Limit.”  Throughout his teaching career, he has impacted the lives of kindergarteners through university graduates across four states.  He recently retired as associate professor of music at the University of Mary Washington in Fredericksburg, Va.  He is a frequent guest conductor and clinician and received notable acclaim for his direction of Native Voices, two concerts performed at the Kennedy Center Millennium Stage and the National Museum of the American Indian featuring the compositions of American Indian composers.  Naylor earned a bachelor’s degree in music education from Humboldt State University in Arcata, Calif., and masters and doctorate degrees in composition from University of Southern California in Los Angeles.  Naylor currently serves as a theatre and music instructor at FVCC.

Free and open to the public, the event will take place at 6 p.m. in the large community meeting room inside the Arts and Technology Building on the FVCC campus.  For more information, contact the FVCC Multicultural Affairs Office at 756-3945 or mstembor@fvcc.edu.