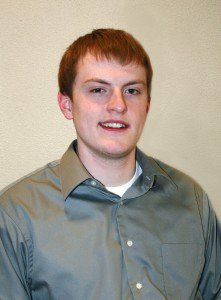 Flathead Valley Community College will graduate its 45th class May 17 during the college’s spring 2013 commencement exercise.  The ceremony will take place at 7 p.m. in the Trade Center at the Flathead County Fairgrounds on 265 North Meridian Road in Kalispell.

During the ceremony, 401 FVCC students will be recognized for completing graduation requirements for the summer and fall 2012 and spring 2013 semesters.  Commencement speaker will be FVCC Fulbright Scholar-in-Residence Karl Rangikawhiti Leonard of Ngongotahā, Rotoru, New Zealand.

During the ceremony, FVCC President Jane Karas, Ph.D., will recognize engineering and Scholars Program graduate Tanner Morrison as one of 50 students in the nation to be named a Coca-Cola New Century Scholar.  Sponsored by The Coca-Cola Foundation, Coca-Cola Scholars Foundation, Phi Theta Kappa, and the American Association of Community Colleges, the annual award recognizes one outstanding community college student from each state.  Morrison was among more than 1,800 students nominated from more than 800 community colleges across the nation.

While completing his studies at FVCC, Morrison served as an active member of the FVCC Foundation’s Student Ambassadors Program where he has played a supportive role in raising money for student scholarships, academic programs and the college’s first privately-funded building, the Rebecca Chaney Broussard Center for Nursing and Health Science.  This spring, he participated in the Western Regional Honors Conference in Flagstaff, Ariz., where he presented his research, and this April, his team delivered an award-winning presentation at the Montana Space Grant Consortium Solar Spectrograph Competition at Montana State University in Bozeman.  This fall, Morrison will transfer to Montana State University in Bozeman to pursue a bachelor’s degree in mechanical engineering.

Karas will follow with the presentation of her seventh annual Montana Mentor Award to a community leader who every day inspires Montanans with leadership, vision, integrity and passion and who exemplifies the meaning of mentor.

For more information, contact Registrar Marlene Stoltz by calling 756-3846 or by emailing mstoltz@fvcc.edu.