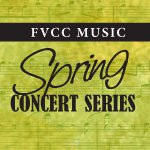 A seasoned voice teacher, Chisholm enjoys a varied performance career, which has included work in musical theatre, opera, oratorio, chamber music, choral ensembles, jazz, vaudeville and as a voice actor. She was honored with first prize at the Arizona National Association of Teachers of Singing Artist Awards recital competition in 2004 and has been a featured soloist around the nation. She received a Master of Music in vocal performance from The University of Arizona.

A native of Missoula, Sanford has been teaching music for 10 years from the preschool through college levels. She has traveled, performed lead roles and spent time as an educator in various national and international locations including Austria, Hungary, Italy, Germany, Kenya and the East and West Coasts of the United States. She also performed for the world-renowned Continental Singers in Kenya and the East Coast and served as the assistant director on the West Coast. She earned a Master of Arts in choral conducting and jazz studies from Washington State University and a bachelor’s degree in music education from The University of Montana.

Honored for his fine performances in Carnegie Hall and Avery Fisher Hall, Mizutani has performed as a member of the Hong Kong Philharmonic, the New York Philharmonic and the Vancouver Symphony. As a soloist, he has performed for orchestras around the world. Mizutani has garnered top honors at Taiwan International and Five Towns Violin competition and is a Music Teachers National Association award winner. Throughout his career, he has performed with Kurt Masur, Zubin Mehta, Arnold Steinhardt, Yo-Yo Ma and Glenn Dicterow. He attended the Julliard School of Music and received a master’s degree in violin and orchestral training from the Manhattan School of Music in New York.

Aguinaga discovered her gift for music at a very young age, and her exceptional abilities are openly demonstrated by performing some of the most difficult and moving arias in the coloratura world. She sings in 11 languages, including English, Spanish, Latin, French, Italian, German, Czech, Russian, Chinese and Hebrew. In addition to singing, Aguinaga became an accomplished violinist, winning many solo competitions in Canada and the United States, and she began teaching violin at the age of 13. She is a former music director of the Richmond Youth Orchestra String Ensemble and has been a member and guest performer of The University of British Columbia (UBC) Symphony Orchestra, UBC Chamber Orchestra, West Coast Symphony and Vancouver Symphony Orchestra, among other symphonic organizations.

Spencer began his musical career at age of 12 and was a founding member of the very first Montana High School Jazz Band with Don West as music instructor. While attending The University of Montana in Missoula, he continued his music studies and played in the U of M Marching Band and Orchestra. Spencer owns and operates DRUM DEN in Kalispell and spends time teaching drums to students of all ages. He has studied with many acclaimed drummers including Kenny Aronoff, Danny Seraphine and various contemporary Jazz drummers, including Steve Smith and Peter Erskine.

Free and open to the public, the event will take place at 7 p.m. in the large community room inside the Arts & Technology Building on campus.