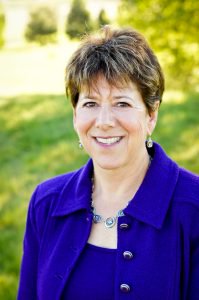 Flathead Valley Community College President Jane Karas is the recipient of the 2016 Western Regional Chief Executive Officer Award from the Association of Community College Trustees (ACCT). Karas will accept the award during the 47th Annual ACCT Leadership Congress in New Orleans in October.

Karas was selected for the award based upon her initiation of innovative programs at FVCC, her work to maximize opportunities for FVCC students to be successful and her advocacy and service on behalf of two-year colleges in Montana and across the nation. This is the second time Karas has been honored with this award during her 15 years as FVCC’s president.

In the application nominating Karas for the award, FVCC Board of Trustees Chair Shannon Lund said, “Next year our institution will look back on five decades of growth that began in 1967 in abandoned buildings in a decaying urban core of the city of Kalispell. It is telling that FVCC’s most dynamic growth and student success have taken place during the administration of Dr. Karas. Our campus has more than doubled in size during her tenure, and this summer we will break ground for our first student housing.”

ACCT is a non-profit educational organization of governing boards, representing more than 6,500 elected and appointed trustees who govern more than 1,200 community, technical and junior colleges in the United States and beyond. The mission of the association is to foster the principles and practices of exemplary governance while promoting high quality and affordable higher education, cutting-edge workforce and development training, student success and the opportunity for all individuals to achieve economic self-sufficiency and security.