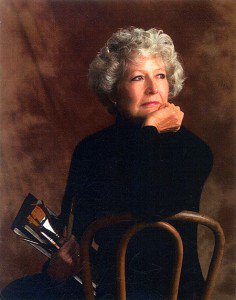 This year marks the 40th anniversary of Karen Leigh’s career teaching watercolor courses at Flathead Valley Community College.  In celebration of the milestone, the FVCC Art Department will display an art show composed of watercolors from Leigh’s current and former students.  FVCC invites the community to the show’s opening reception on February 7.

Through her instruction, Leigh has enabled countless students to realize their artistic aspirations.  The exhibit, showcasing 50 to 70 watercolors from current and former students, some reaching back into the 1970s, will be on display in the Student Art Gallery in the college’s Arts and Technology Building through March 8.

Inspired primarily by the beauty and spirit of her native Montana as well as adventures abroad, Leigh’s work is included in the collections of Beringer Wineries, ConAgra Industries and the Smithsonian.  She is featured in the Fall 2004 issue of “Watercolor” magazine and was selected as one of 20 “Ones to Watch” in the 2003 Yearbook Issue of “Watercolor Magic” magazine.   A signature member of the Montana Watercolor Society, she received the Gold Medal in its 2006 National Juried Show and the President’s Award in 2008.  In 2007, Karen was selected to design an ornament for the White House Christmas Tree and was honored at a reception hosted by First Lady Laura Bush at the White House.  She also was selected for inclusion in the 2008 and 2009 C.M. Russell “Masters in Miniature” invitational.

The opening reception will take place from 5 to 7 p.m. in the student art gallery inside the Arts and Technology Building.  The event is free and open to the public.  For more information, contact Leigh at 257-0809.