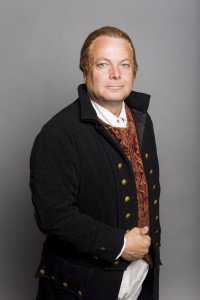 Flathead Valley Community College’s 2016 Honors Symposium opens February 15 and will feature six nights of cutting-edge speakers from around the country.  “Dividing Lines:  Why Good People are Divided by Politics, Religion, Race and Gender” will examine our nation’s most divisive issues and provide new insights regarding how to foster greater cooperation between disparate groups.

Coordinated by FVCC psychology professor Ivan Lorentzen, the Honors Symposium continues a tradition of bringing thoughtful public discussion regarding current hot-topic issues to northwest Montana.  Free and open to the public, all lectures begin at 7 p.m. in the large community room in FVCC’s Arts and Technology Building.

“Getting along is a concept of fundamental simplicity, and yet failing to get along seems to have become one of the defining issues in today’s society,” said Lorentzen. “In today’s crowded world where we are forced into shared spaces, four issues have become excuses for unjustifiable discrimination and violence: politics, religion, race and gender.”

Lorentzen selected six speakers from around the nation to provide a comprehensive picture of the  historical roots of polarization in the United States, why the issues of race and religion have been and continue to be inextricably intertwined, new research in social psychology that helps explain the process through which humans come to agree and disagree and recent state and federal court cases related to the issues of religious freedom and exemptions, as well as how the U.S. Constitution is positioned to address these issues.

The symposium will feature one of America’s foremost experts on Thomas Jefferson and the founding fathers.  Clay Jenkinson is the Director of The Dakota Institute through The Lewis & Clark Fort Mandan Foundation in North Dakota and the cohost of National Public Radio’s “The Thomas Jefferson Hour.” He is chief consultant to The Theodore Roosevelt Center through Dickinson State University, Distinguished Humanities Scholar at Bismarck State College and a columnist for the Bismarck Tribune. He has devoted most of his professional career to public humanities programs throughout the United States, including lectures, symposiums, documentary film-making and first-person interpretation of historical characters.

Jenkinson’s lecture is titled “Race, Religion and Gender in Early American Politics” and is scheduled for February 25.  Jenkinson will be dressed in colonial costume and deliver his lecture as Thomas Jefferson.

Additional lectures in this year’s Honors Symposium include:

February 15:  “The Religious Beliefs of America’s Founders” presented by Dr. Gregg Frazer, professor of history and political studies at The Master’s College in Santa Clarita, Calif.

March 2:  “The Secret Psychological Influence of Expectations for Agreement: Do Conformity Pressures Ultimately Create a Happy or a Divided Society?” presented by Dr. Luke Conway, associate professor of psychology at the University of Montana.

March 10:  “Thinking about Race and Religion (Together)” presented by Dr. Nancy Wadsworth, associate professor of political science at the University of Denver.

March 17:  “Divided (and Righteous) We Stand: Psychological Insights on How Group Membership and Moral Values Lead to Conflict, and What We Can Do about It” presented by Kate Johnson of the Values, Ideology, and Morality (VIM) Laboratory at the University of Southern California.

March 24:  “How the Constitution Should Unite Us on Politics, Religion, Race and Gender” presented by Dr. Leslie Griffin, William S. Boyd Professor of Law at the University of Nevada-Las Vegas.

The 2016 Honors Symposium is funded in part by the Kalispell branch of the American Association of University Women, FVCC Alumni and Ambassadors and the Theodore Chase Endowment Fund, and has been generously supported in the past with a grant from Humanities Montana, an affiliate of the National Endowment for the Humanities.

For more information, visit www.fvcc.edu/honorssymposium or call Lorentzen at 756-3864.